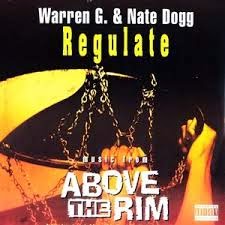 It was the summer of 1994. I was spending a month on Penn's campus for its Summer Science Academy. Fellow science fair geeks like me stayed in the dorms, ate in the dining halls, and had more fun in four weeks than should be allowed.

And every time I turned on the radio, I heard "Regulate."

I don't know what it was about this cut from the Above the Rim soundtrack. Maybe it was the familiar Michael McDonald track in the background. Maybe it was Warren G and Nate Dogg's odd rapping style--nice to understand all the lyrics for once, eh? Then cringe a little when you realize what they're talking about.

Whatever it was, "Regulate" owned the radio and MTV during the summer of 1994. I'm still not entirely sure what the G-Funk Era was about, but whenever that song came on, I was totally here for the take-over.

And I still am.


What's your favorite song that took over the airwaves?

Posted by Denise Leora Madre at 6:20 AM No comments: 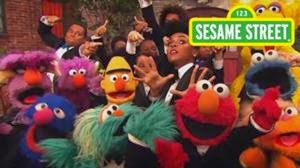 This week marked the start of Season 45 of Sesame Street. How do I know that? Because I'm a stay-at-home Mom who still enjoys the antics of Elmo n' 'em.

And was kinda counting the days.

Though much is the same in the neighborhood, some things have changed. Grover is now "Super Grover 2.0" and focuses on technology, science, and engineering concepts. And Cookie Monster is often dispatched to show kids the importance of paying attention to details. But the emphasis on education and entertainment has only improved over the years, and for every other PBS Kids show, Sesame Street remains the standard.

I believe its arsenal of songs is part of the reason. A few seasons ago, Sesame Street spoke to the hearts of little brown girls everywhere with the affirming "I Love My Hair," and the video went viral. And when modern artists like Usher and Feist stop by to sing, magic happens.

I get the most geeked when they recycle songs from my childhood. In recent years, I've seen remakes of "Ten Tiny Turtles on the Telephone," "Somebody Come and Play," and "The Ladybugs Picnic." But the one song I've been waiting for has yet to be redone. And as they have ways to feature this letter, I don't think they'll ever do it.

That's just fine with me though. Because this song, my favorite Sesame Street song, needs no improvement: from its jaunty 70s vibe to the jamming singers, "J Friends" is perfect.

And one should never mess with a classic.

Posted by Denise Leora Madre at 8:46 AM No comments:

If you're an obsessed Vampire Diaries fan like me--and a Delena shipper to boot--you have been counting down to October 2nd.

(Fifteen more days. Jesus, help me to hold out.)

And if you're like me, when you saw the Official Season 6 Poster, a part of you died inside. 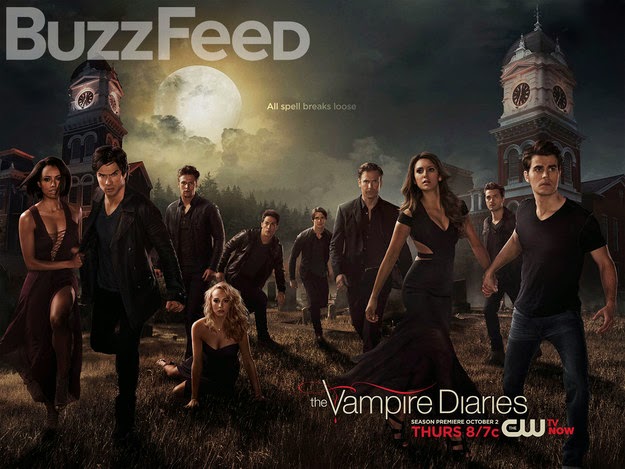 Buzzfeed gives an in-depth analysis of this photo, and their on-point observations give me heart palpitations. Despite how utterly gorgeous everyone looks--Kat Graham SLAYS in that dress--Caroline alone on her knees makes me unspeakably sad, and I don't trust that lurking Enzo in the least.

But the distance between Damon and Elena seems bigger than the problems wrought by a disintegrated Other Side. If this image is to be believed, Bonnie and Stefan are pulling our favorite pair apart, dragging them in opposite directions and ripping out the hearts of Delena fans around the world.

If this image is to be believed.

Don't get me wrong. This poster aptly depicts the current state of affairs with our TVD favorites. Bonnie and Damon are separated from everyone else, and of the remaining characters, Elena and Stefan's worlds have been rocked the most.

But I don't believe for one minute that Plec and Co would disrespect the Delena bond by ushering in the eras of Bamon and Stelena. Why not?

1. Because Stefan wouldn't do that.
If Stefan wouldn't get with his brother's beloved (who was really Katherine passengered inside Elena) while Damon was alive, I hardly think he'd recover from his brother's death by doing so now. If the positions were reversed, I don't know if the old Damon would show the same restraint, but the living Salvatore is too compassionate to be so callous.

2. Elena wouldn't do that.
Say what you want about Ms. Gilbert's former indecision, choosing Damon in 4x23 was the decision of her immortal life. She couldn't "think about always" with Stefan but craved eternity with Damon.

In light of that, there is no earthly way she would go back to Stefan after losing Damon. The love she shared with Damon has no substitute, no Option B. And after losing it, I don't know if one ever fully recovers.

But if one does, I do know it doesn't involve a liaison with the brother of that once-in-a-lifetime love, especially not the same brother one dumped to secure it.

3. Bonnie definitely wouldn't do that.
Lest we forget, Bonnie cannot stand Damon. She has grown to tolerate him without rolling her eyes or frying his brain on sight, but let's not get carried away. Even if swayed by the smoldering Salvatore's aesthetics--and a lack of options wherever in the world they are--I cannot imagine any scenario in which Bonnie Bennett would start a relationship with her boyfriend's sister's boyfriend. She has too much integrity for that.

So take heart, Delena shippers. It may take all season, but I'm holding out for an epic reunion.

This poster be darned.

Posted by Denise Leora Madre at 11:29 AM No comments:

Throwback Thursday: "End of the Road" by Boyz II Men 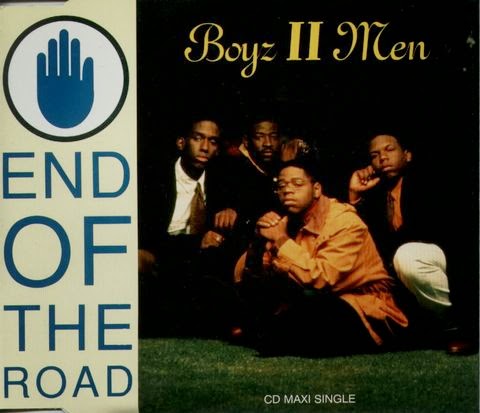 On this day when we remember exactly where we were 13 years ago--and when I gladly wish my father a happy birthday--I'd like to take you back to where I was the first time I heard Boyz II Men's "End of the Road."

It was the last day of school at GFS, my last day forever as I would attend a different high school. Bittersweet hugs and phone numbers were exchanged, along with promises to come back and visit a lot. There was also a farewell kiss at the front gate with a beautiful, sweet boy I didn't realize I'd miss so much.

Read more »
Posted by Denise Leora Madre at 5:33 AM No comments:

On Janay Rice: A Personal Story 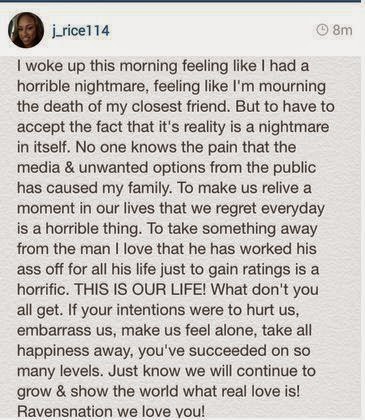 I drafted this blog post before reading Janay Rice’s statement, intending it as a show of solidarity and a “Shut your stupid mouth” to those who wonder why she married Ray after the elevator incident. Having read her statement, I feel she’d prefer silence to solidarity.

But silence on domestic violence solves nothing, so I am sharing my story anyway. This small truth is a kiss on the cheek compared to that video, but sharing it now feels like a right thing to do.

I hope you feel the same.

One sunny afternoon in middle school, I was walking home when Gio [not his name] emerged from the alley between my apartment complex and the adjacent row houses. Though we hung out with the same people in the summer, his presence that day seemed odd.
Read more »
Posted by Denise Leora Madre at 12:30 PM No comments:

Throwback Thursday: "All I Do Is Think of You" by Troop 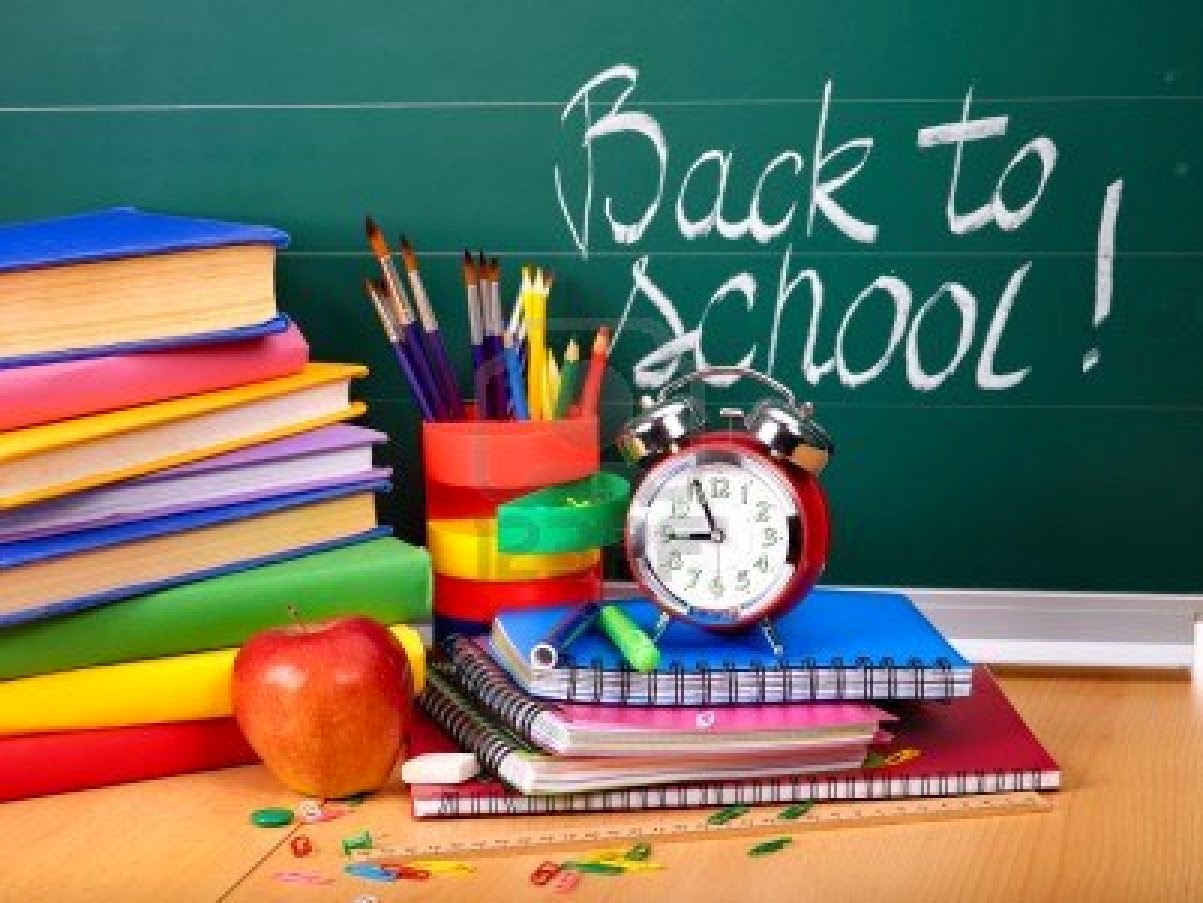 Back to school time, baby.

This overachieving perfectionist loved school. So many chance to excel and challenge myself, not to mention all the socializing in-between. And no three years were better than middle school...until Howard, that is.

Middle school exposed me to many new experiences: camping trips, weekly Meeting for Worship, and lacrosse rank highly among them. But for a boy-crazy girl like me, middle school was where I fell in and out of love every few minutes. These jive emotional entanglements were unrequited, mind, but that didn't diminish their value. I had 20+ crushes in sixth grade alone, lasting anywhere from a few days to the entire year.

Lucky for Horace, all that romantic energy is now directed at him. Boom, baby!

So when I think of middle school, I think of daydreaming about this boy or that...and being secretly terrified of the prospect of reciprocated feelings (He likes me too. Gasp! What am I supposed to do now?!?). And when I think of that, I only think of this song.

Take it away, Troop.


As soon as I heard, "I can't wait to get to school each daaaaay..." I just knew they wrote this song for me!

What song reminds you of middle school? Let me know below!


Posted by Denise Leora Madre at 7:04 AM No comments:

Email ThisBlogThis!Share to TwitterShare to FacebookShare to Pinterest
Labels: All I Do Is Think of You, back to school, tbt, Troop, Videos

Ava Michaels is gifted, powerful, and — whether she likes it or not — part of a plot to take over the world.
It’s only been a few months since Ava Michaels discovered she has ties to an ancient people living in the shadows of the human world, despite their superior gifts and abilities. A select few don’t like hiding, however, and think it’s time to take control. Now Ava’s caught up in a conspiracy in the works before she was even born. In fact, her birth was an integral part of the plan. She’s one of the Twelve, the most powerful Race ever created, and they were created for a purpose.Turns out, Ava doesn’t like being told what to do.All she wants is to start a new life with her boyfriend, Caleb Foster, but before they can even think about that, they must join forces with former enemies, seek out some powerful new friends, and figure out what exactly the Twelve, and their power-hungry leader, are up to.Then, they have to find a way to stop them.

And check out the first two books:

T.M. Franklin started out her career writing non-fiction in a television newsroom. An Emmy-Award winning Seattle TV news producer, Franklin is the author of the award-winning YA adventure, MORE, and its sequel The Guardians. In addition, Franklin penned the Amazon best-selling short stories A Piece of Cake and Window. Her new YA romance,How to Get Ainsley Bishop to Fall in Love with You, is Franklin’s first love story without a paranormal element, although she believes love is the best kind of magic.