Coming of age 1960’s. Hilly keeps her mother’s secrets. But she has some of her own, a love from childhood for the golden boy Danny, the one who no longer sees her. Soon they are tied by more than childhood history. It’s a long dark road toward finding her thunder.

It was Danny Boyd. Mary was no less surprised when the Angel Gabriel appeared to announce the pregnancy that changed everything. My heart took off under the hand I’d splayed on my chest. I couldn’t have my senses more assaulted. It wasn’t possible. He stood there, a head taller, his black hair long, longer than I’d ever seen it, and long sideburns. His eyes, green in that tanned face. He had a thin moustache that met these carefully sculpted patches around his beautiful mouth. Rock and roll star. But muscular…I felt faint. Faint from his nearness. My shoulder where he’d tapped me, it throbbed. God, he was a man.

All of Diane's available works can be found on her Amazon Author Page:
http://www.amazon.com/author/dianemunier

Living comfortably in the heart of America, a fake extrovert who is genuinely introverted. Lots of good story tellers in my small world, then started first grade. They put me in the middle reading group (probably based on my math scores) and after one class moved me up to group A. That was the conscious beginning of loving story.

Book Review: "Me and Mom Fall for Spencer" by Diane Munier 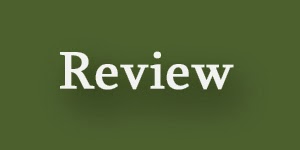 When recently asked what she thinks of the [Twilight fanfiction] world, author Diane Munier said, “What [Twilight author] SM achieved in my opinion was the ability to make women feel first love….That woman took us into the ache.” I hope Ms. Munier will pardon me for appropriating her words, but that statement perfectly encapsulates the magic of her own writing: this woman takes us into ourselves, moving us with a deeply satisfying story in the process.

Through the eyes of her beautifully flawed characters, Munier takes us to the bottom of our souls, revealing everything we are and everything we wish we weren’t. We confront our pasts, unearthing treasures we never knew were there, and baby-step our way toward a future we didn’t know we could have. Munier has been doing it for years under the apt pseudonym “Counselor” in the Twilight fanfiction world, and she does it this time for the masses with her first fanfic-turned-novel, Me and Mom Fall for Spencer.

In this poignant story, Sarah Sullivan is a mid-twenties loner with a small life just big enough to handle. Her mother, boss, and neighbors all need a little piece of Sarah to make it through the day, and that’s just fine with her.

Until Spencer Gundry moves in next door and upsets her vegetable cart. 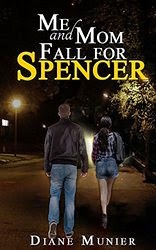 He has no business living in Frieda’s old house, no business peeking over the gate into her garden, and definitely no business making up sweet and silly songs about Sarah’s comings and goings.

Not that he ever listens.

Despite her attempts to ignore the intriguing interloper, Sarah can’t stop their paths from crossing. His affability annoys her as does his curiosity about her life. And his being handsome doesn’t help.

But as the title indicates, Sarah isn’t the only one with eyes on Spencer. And Marie Sullivan doesn’t like sharing what’s hers nor does she hold her tongue when Spencer artfully dodges questions about his past. If it takes a village to raise a child, then it requires Sarah’s neighbors to accept Spencer Gundry for who and what he says he is. But can they?

Me and Mom Fall for Spencer is a book about falling in love and finding yourself, not necessarily in that order. It’s about having the courage to say yes and the wisdom to say no. It’s about releasing your past to take hold of your future.

But the magic of Diane Munier is that Me and Mom Fall for Spencer is just as much about you and me as it is about Sarah, Marie, and Spencer. Because it’s about life. The unexpected magic of this glorious, unpredictable, complicated life.

And it is worth every precious word.

“…Spencer gets me on the porch and near the end it’s hard to see with the plants on the trellis, and he pulls me right there, and then it’s hug time, and kiss time, and I’m setting on the rail and he’s right there between my eyes, my lungs, my legs, my feet. He’s right there along the midline, opening me up so he can move right into my heart, and I am folded around him like a flower trapping a bee and he’s humming in me. He’s laughing and we’re kissing. It’s exhilarating and I have never felt young like this, maybe never, I have never felt young until now, strong, alive, like the good guys are winning in this world, like Spencer and I might be the very first ones to live forever. I am kissing him, and it’s the best way to celebrate… life.”

Me and Mom Fall for Spencer is available on Amazon.
Posted by Denise Leora Madre at 7:12 AM 3 comments:

Blog Blitz! "Me and Mom Fall for Spencer" by Diane Munier

One of my favorite writers, Diane Munier, just published her first novel, and I could not be more excited for her!!

Check out the links below and grab your copy today. You're welcome!

The house next door to Sarah and her mother Marie has been vacant since the murder that happened there when Sarah was ten. Their neighbor, Frieda, was like a second mother to Sarah and she died brutally and the neighborhood never recovered. No one has lived in Frieda’s house for seventeen years. Imagine Sarah’s surprise when it finally sells to an on-line buyer. She looks through the thick growth separating her house from the other and a wild man looks back. He’s not exactly wild. He’s thirty-seven year old Spencer Gundry. Once he shaves the beard and gets a haircut, he’s not hard to look at. Well Sarah’s mom doesn’t think so, and neither does she. Problem is, Spencer has a few secrets of his own.

Things don’t sell quickly in this town, that’s for sure. But with the murder, no one wanted Frieda’s haunted house even though it was repainted beige and all personal knick-knacks were long gone. Such as blood spray on the walls. No one wanted that really.
So imagine my shock, or dismay I should say, when he moves in. I see him over the fence. I go out there because the squirrels keep stealing my sweet corn and I only planted four short rows. So I go out there to whack a stick at the squirrels and I see that rental truck in front of the place and no sooner do I think about that and here he comes from around the back of it.
Right off I am interested. I mean, who buys a house where…who does that?
But I’m oohing and owing my way to the backdoor cause, no shoes, and I am nearly there when he calls out, in a very handsome voice, a voice so nice I would know it belonged to a very handsome man if it’s all I had to go on. And he is handsome. I knew that at the three second glance when he’d first manifested from the back of the rental truck.
The closer he gets the more right I am. And I have to make myself not bolt.

Please follow this link to purchase your own e-copy of Me and Mom Fall for Spencer: http://www.amazon.com/Mom-Fall-Spencer-Diane-Munier-ebook/dp/B00U4GQYGE/ref=sr_1_cc_1?s=aps&ie=UTF8&qid=1425181269&sr=1-1-catcorr&keywords=me+and+mom+fall+for+spencer

Living comfortably in the heart of America, a fake extrovert who is genuinely introverted. Lots of good story tellers in my small world, then started first grade. They put me in the middle reading group (probably based on my math scores) and after one class moved me up to group A. That was the conscious beginning of loving story.