October 31, 2016
Because I'm stuck in the 90s musically, I'm usually late to most listening parties. So by the time I've heard a song and become obsessed with it, most people have moved on to something else.

And I'm okay with that.

Such is the case with "Mercy" from Brave New World, the 2015 debut project from Bethel Music's Amanda Cook. (And see, I was going to call it an "album," but I'm trying not to date myself more than absolutely necessary.) Like most music that is new to me, I heard it one Sunday morning courtesy of our amazing worship team. At the time, I was captivated by the mood of the melody, the poignant emotions conveyed by both the vocalists and the musicians.

But as I became more deeply acquainted with this song, I was struck by an oddity in its very first line:

I expected the line to be "My past ERASED..." and as I learned the song, I had to concentrate not to sing that lyric instead. "My past embraced" just didn't make any sense to me: when God's mercies are new every morning and He's always doing a new thing, why would we rejoice about our past being embraced? Wouldn't we want Him to just help us start over?

Well...yeah, we do. But He can only do that if He embraces our past.

See, as I meditated on this unexpected lyric, I realized I don't have to run from who I was or wish I had never been, what I did or didn't do, what they said or should never have said. I can instead place my past in God's capable hands, let Him shape it with His love and perfection, and watch it later emerge as something altogether different and meaningful.

And yes, as something new.

So as we take this lifelong faith-walk with Him, may we continually commit to releasing our past to the One who wastes nothing, the One who makes wrong things right and delights in changing us from glory to glory.

And in so doing, may we give Him the room to "make all things beautiful."
Bethel Music Mercy Personal Growth

Popular posts from this blog

Oh, how I have longed for this day! Friends and readers, I am thrilled to share the cover for my dear and darling friend Jess Molly Brown's hilarious and heartwarming debut novel, Moms On Missions! The cover tells you all you need to know: The MOMs have Vince and Dani in their sights, so those two better look out! Stay tuned to this blog for information about pre-ordering this fantastic book and for a review after its May 2016 release. Congratulations, Jess!
Read more 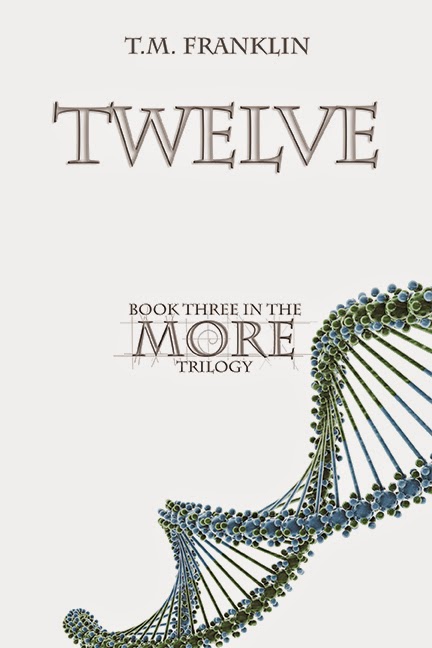 Greetings, all! To celebrate the recent release of TWELVE, Book 3 of the MORE Series, T.M. Franklin ( How to Get Ainsley Bishop to Fall in Love with You ) is back to answer seven more random questions about TWELVE. ***TAKE NOTE: SPOILERS AHEAD*** 1. TWELVE begins with Ava and Caleb trying to rescue Sophie, not that she appreciates it. Tell me about a time someone did something for you that you didn’t appreciate or understand until later. I think a lot of what my parents did falls under this category. I always thought my dad was so strict (as did my friends) but really, in the end, I didn’t miss out on anything really important. And I came to really appreciate their parenting when I had my own kids.
Read more

I'm BAAACK!! And I Finished. 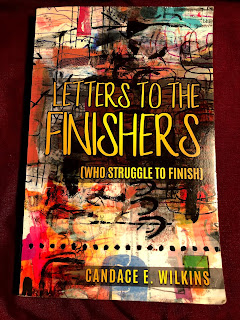 It's been three-and-a-half years since my last post, and the myriad reasons for that are immaterial. The point is I'M BACK NOW!  (Now that the world is battling a resurging pandemic, the kids are learning virtually, and I've fallen in love with  Schitt's Creek  only to realize its final season aired six months ago.  I feel like a disgruntled pelican.)   Anyway, I’m here putting words on paper because I did something of which I am quite proud.   I finished reading a book.   At first blush, this is no great feat for a bibliophile. Though I read fewer books than I used to – because of streaming services and creating works of my own – finishing this book is an accomplishment because the book itself was a dare to finish.   Letters to the Finishers  by Candance E. Wilkins is more than a self-help book with witty anecdotes and timeless advice. It is a friend, accountability partner, and guide.   Above all, it is a mirror giving me the opportunity to see myself – who I am and w
Read more