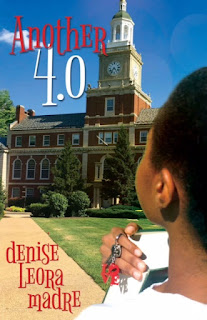 Daria is angry with her father...because her father is angry with her. After four years, Adrian Nelson still doesn’t like Maurice, which makes no sense to his daughter. Maurice is the handsome owner of a successful West Philly barbershop and the kind of guy any girl would be lucky to have. So what’s not to like?

Well, no, Maurice hasn’t exactly supported Daria’s decision to matriculate some 150 miles away. He expected her to attend the University of Pennsylvania like she promised and hasn’t quite forgiven the drastic change in venue. But Daria understands his frustration because college hasn’t been everything she expected either. Though confident in her choice of English as a major, she feels constant pressure to decide who she wants to be when she grows up...and maintain the level of excellence expected of a student at the premiere HBCU in the world to boot.